NAC - what is it and is it worth using 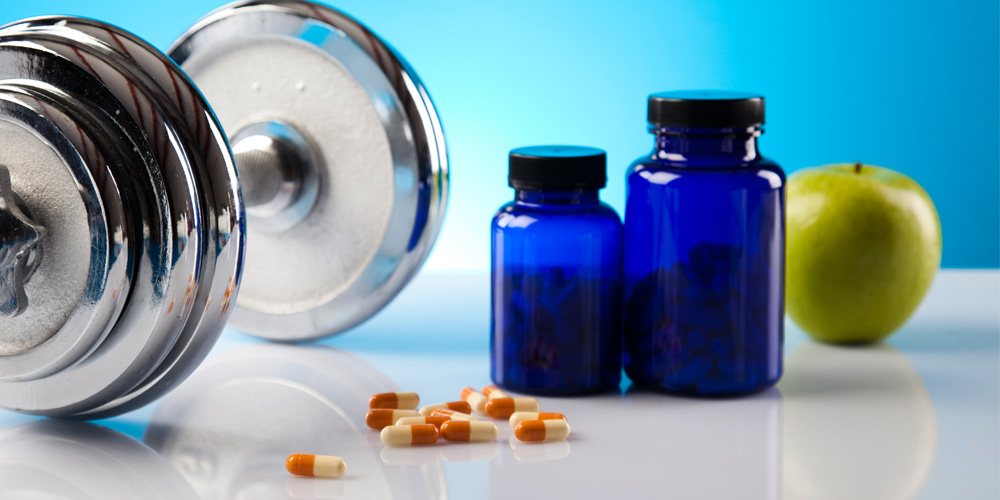 Some amino acids are called semi-essential. This means that the body is able to produce them, but only from other amino acids. N-acetylcysteine is a partially essential amino acid, which is produced from methionine and serine. Their deficiencies also contribute to the cysteine deficiencies. Why should this situation not be allowed and what is the responsibility of the NAC?

Why is it worth using NAC?

N-acetylcysteine is the acetyl version of cysteine, a natural amino acid that contains sulfur. L-cysteine occurs naturally in the human body where it is involved in the production of collagen. This substance, in turn, helps to take care of the connective tissue and improves the appearance of the skin. NAC is found mainly in nails, hair and skin.

Chronic Obstructive Pulmonary Disease, or COPD, is also a very serious disease. It leads to inflammation of the lung tissue, and people suffering from it experience long-term oxidative stress. This results in narrowing of the airways, reducing their volume, and consequently coughing and loss of breath. N-acetylcysteine not only improves the condition of lung tissue, but also alleviates the symptoms of COPD, and reduces the number of exacerbations of the disease. This is because NAC replenishes the glutathione in the lungs, reducing oxidative damage and tissue damage. Oxygen therapy is often used in the treatment of COPD, but it increases the amount of toxic oxygen free radicals. N-acetylcysteine enhances the effectiveness of this treatment and reduces the concentration of these radicals.

NAC - not only for respiratory system

However, the positive effect of the described substance on the respiratory system does not end there. It supports faster recovery in chronic bronchitis and pulmonary diseases, because it strongly supports expectoration. N-acetylcysteine is used in expectorants because it dilutes the secretions in the lungs. As an antioxidant, it increases the level of glutathione in this organ. NAC also reduces inflammation in the lung tissue and the bronchi.

NAC also has a positive effect on the cognitive function. Cysteine allows, for example, to minimize the negative effects of schizophrenia, such as inappropriate social behavior or problems with understanding reality. Treatment with N-acetylcysteine regulates synapses, which become too much active in the face of mental illness. This substance is also effective in treating addictions, such as compulsive overeating or drug addiction (especially cocaine and marijuana addiction). NAC also prevents unwanted behaviors, such as nail biting or hair pulling.

Common and very serious ailments are also depression and bipolar disorder. Their symptoms can be greatly alleviated by NAC, which greatly improves the ability of people suffering from these disorders to function. N-acetylcysteine helps in the treatment of even severe cases of obsessive-compulsive disorder, which are responsible for compulsive behavior and social anxiety. It contributes to the regulation of glutamate, which is one of the most important neurotransmitters. Stabilizing it facilitates the recovery of mental health and supports the proper functioning of the brain.

Polycystic ovary syndrome causes menstrual disorders and can be problematic in becoming pregnant. Taking NAC regularly in the face of this hormonal disease reduces the negative effects of this ailment and can be used as support during therapy. Another serious disease where this substance is very helpful is amyotrophic lateral sclerosis, which causes loss of voluntary muscle strength. It is incurable disease, but in cell culture N-acetylcysteine prevents degeneration of neuronal cells.

A significant advantage of NAC is also the reduction of inflammation in tissues, which is of particular importance from the perspective of physically active people. N-acetylcysteine helps exercisers avoid too much pain, thereby improving recovery. This is because this amino acid lowers the amount of many different pro-inflammatory molecules in the body. Reducing these conditions helps to reduce the risk of various diseases and to alleviate their symptoms. Under the influence of NAC, the risk of serious disease complications decreases. By increasing the body's immune fuctioning, the probability of bacterial, fungal and viral infections is reduced.

Bone strengthening is another advantage of using N-acetylcysteine. This substance is recommended for people who struggle with weak bones, because NAC supports their regeneration, increases their growth rate and improves mineralization. Thus, the occurrence of diseases such as osteoporosis is prevented. Bones strengthened by cysteine are much more resistant to fractures and damage.

NAC causes apoptosis, or the controlled death of cancer cells, and also stops them from reproducing in the stomach cells. N-acetylcysteine also lowers the amount of cancer signaling molecules in the body, which lowers the disease's potential to grow and spread. Not only can this amino acid prevent many forms of cancer, it also helps treat it. Ionizing radiation, which is sometimes used to fight cancer cells, sometimes leads to the development of more of these cells in healthy cells through DNA damage. Meanwhile, NAC protects healthy cells from damage and at the same time allows cancer cells to die. As a result, during therapy with ionizing radiation, the risk of developing another cancer is reduced.

The use of N-acetylcysteine also reduces excessively high blood pressure. By lowering the level of oxidative stress in the circulatory system and in the heart, the risk of heart disease is also reduced. Daily use of cysteine treats high blood pressure, which is a major risk factor for atherosclerosis. It is enough to take NAC for four weeks to lower both the systolic and diastolic blood pressure. N-acetylcysteine also reduces blood levels of homocysteine, a high rate of which is a factor that increases the risk of repeated miscarriage, heart disease and kidney disease.

Who should take NAC?

Of course, supplementing this amino acid is recommended to people suffering from these ailments. It is also recommended, among others people who are trying to have children but who face difficulties in doing so. N-acetylcysteine protects cellular DNA against free radicals that damage cells. NAC allows you to properly regulate the level of glutathione, while male sterility is closely related to its deficiency.

Due to the support of the brain and discouragement of using stimulants, it is recommended to use cysteine for people suffering from addiction. If the supply of this amino acid is combined with the correct therapy, it is easier to quit drugs, cigarettes or alcohol. Due to the effect of lowering insulin resistance, it is recommended to take NAC to obese people. N-acetylcysteine minimizes the amount of inflammation in fat cells, which in turn protects insulin receptors against damage. Due to these properties, the described substance reduces the risk of type II diabetes.

Physically active people and athletes should also reach for N-acetylcysteine, because taking it increases the starting strength during training and delays the moment of muscle fatigue. NAC reduces inflammation and pain associated with overtraining. Cleansing the body of toxins affected by this amino acid allows you to keep the body in better shape.

People with brain injuries may take this compound in the hope of improving their condition. The causes of injuries range from insufficient blood supply to the brain resulting in ischemia, head injuries to drug overdoses - NAC is effective in each of these situations, helping you to recover and regain cognitive functions and memory that may have suffered from a brain injury.

Obstructive sleep apnea is a disorder in which you have repeated episodes of no or insufficient airflow during sleep. Oral supplementation with NAC may be a potential treatment for people with sleep apnea, as taking a daily dose of this amino acid reduces snoring and improves sleep quality.

How to dose NAC?

The exact dosage has not been determined, but supplementing with 500-600 mg of N-acetylcysteine daily provides the benefits described above. A daily supply of this substance is recommended at the level of 800 - 1800 mg per day. The maximum doses of NAC should not exceed 2000 mg, but it is not recommended to use this compound less than four hours before bedtime, because it may make it difficult to fall asleep. It is most often recommended to take it in the morning with food.

Contraindications and side effects

N-acetylcysteine is considered a safe substance, however, there are some contraindications to its use. These include pregnancy, breastfeeding, and the use of medications, especially cough suppressants and antibiotics. NAC also does not work well with some cancer treatments, so supplementing with cysteine should be consulted with a specialist first.

The only possible side effects of taking N-acetylcysteine may be caused by the individual predisposition of the body. They do not happen to everyone, but if they do, they are: diarrhea, constipation, nausea (if administered orally) and runny nose, swelling of the mouth, drowsiness and headaches, excessive sedation - after inhalation.

The body is able to produce NAC on its own, but most often in small amounts, so this compound should be supplied from the outside. Its richest sources are protein-rich foods, especially meat, such as turkey or chicken. A slightly poorer source are plants that contain a lot of protein, such as lentils, soybeans and beans. You can also supplement NAC with garlic, eggs or yoghurt.

Dietary supplements containing this compound are very popular, for example KFD NAC or All Nutrition NAC. These tablets must be washed down with plenty of water and the very unpleasant smell of NAC must be considered. In the form of some tablets or capsules, however, you can take this amino acid without smelling it. You should not combine their supplementation with alcohol, because N-acetylcysteine may increase the damage caused by it.