Supplements to boost the immune system 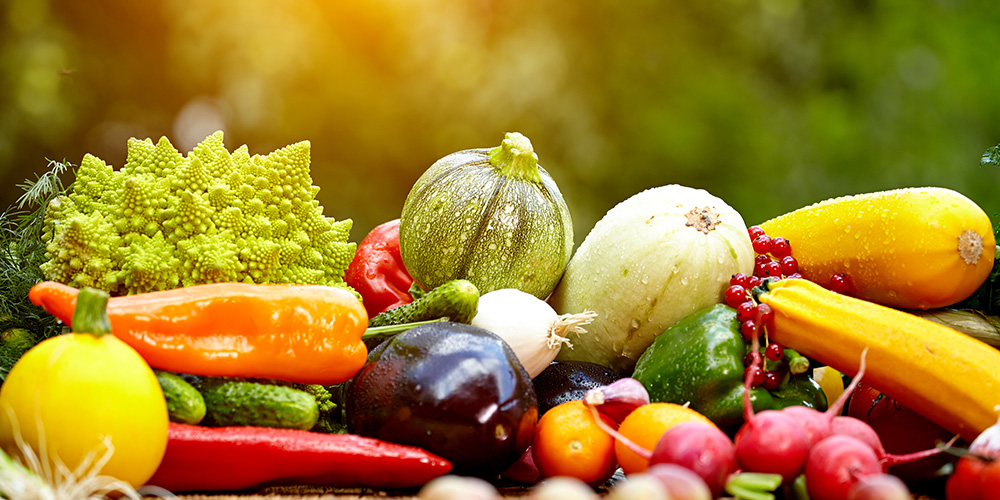 Strengthening the body's immunity is extremely important and, at the same time, it is not difficult at all - it is the type of food consumed that has the greatest impact on physical fitness and human health. The diet also regulates the body's immunity because the minerals and vitamins provided with meals support the functioning of the immune system. Which of them are particularly important in this aspect and how can their deficiencies be combated?

Most physiological processes are accompanied by oxidative stress, which is one of the causes of aging. It also influences the emergence of many diseases, such as Alzheimer's disease, atherosclerosis, diabetes, cataracts and many others. Natural compounds, usually of plant origin, which have antioxidant properties, protect against many ailments. They can be used as factors protecting against the development of diseases or supporting conventional therapy, reducing side effects. The group of antioxidants includes, among others vitamins A, C and E.

This name covers several substances that have a similar structure and activity. In food, there are retinol, retinal, retinyl esters and carotenoids, including beta-carotene. Vitamin A is absolutely essential for proper immune responses. Its deficiency causes disorders of the immune system, which leads to a significant increase in the incidence of infectious diseases and causes an increase in mortality.

The most dangerous deficiencies of this vitamin are among children and adolescents. They can cause atrophy of the spleen, thymus and lymph nodes. Moreover, vitamin A deficiencies greatly weaken the phagocytic activity of macrophages and adversely affect the number of T lymphocytes, for the formation of which this vitamin is essential. Retinoic acid increases the number of cells, which in turn present an antigen that strengthens the body's resistance to skin infections. These cells also increase the body's response to vaccines.

Vitamin A is responsible for maintaining the continuity of the mucous membranes, thus preventing the invasion of microorganisms. In addition, it influences the synthesis of lysozyme, which has antibacterial properties, and regulates the production of mucin, which has a protective effect on cells lining the mucous membranes. Beta carotene has a very high ability to protect the immune system against free radicals. This is very important because the cells of the immune system are particularly sensitive to oxidation.

Fortunately, vitamin A is readily available in the daily diet, and its deficiencies are not common and are most often associated with general malnutrition. It is found in both animal and vegetable products. Vitamin A is found in butter, eggs, full-fat cottage cheese, offal, fish, and fortified margarines. Carotenoids are most abundant in tomatoes, carrots, spinach, cabbage, oranges, cherries and apricots. They need to undergo a conversion process in the body to obtain two retinol molecules for retinol activity. Supplementing this vitamin is a last resort, and instead, it is usually recommended to pay attention to the adequate coverage of its needs through the diet. This is due to the fact that its supply through supplements in too high doses may show hepatotoxic effects. So if you are already supplementing with vitamin A, be sure to do it in accordance with the instructions of the manufacturer of the supplement.

The influence of this vitamin on innate immunity is based on the production of antibacterial peptides, as well as enhancing the phagocytic and chemotactic properties of macrophages. Vitamin D influences acquired immunity by inhibiting the maturation and differentiation of dendritic cells, regulating the response of T lymphocytes. Unfortunately, deficiency of this vitamin is a common phenomenon in Poland, which is mainly due to the lack of sufficient exposure to sunlight. As much as 80% of vitamin D is produced under the influence of UVB radiation as a result of changes that take place in the skin. Its production is therefore greatly influenced by latitude, time of day and season, melanin content in the skin, body surface covered by clothing and the use of sunscreen.

The nutritional recommendations indicate that vitamin D supplementation is necessary, especially in the autumn and winter period, i.e. from September to April. It is then recommended to administer 2000-4000 units of this vitamin daily (for adults). In summer, it is much more possible to meet the demand through skin synthesis. It cannot be supplied with the diet in the right amount, but it is worth taking care of the presence of its sources in the menu, i.e. salmon, herring, eel, egg yolks, cheese, and butter.

Vitamin E is absolutely essential for cell growth and for maintaining the permeability of cell membranes. Its most important function in the body, however, is its antioxidant effect. Tocopherol - as it is also called - is a very strong and natural antioxidant, present in the membranes of all cells, in which it very effectively inactivates free radicals.

Most often, vitamin E is found in plant foods. Its best sources are oils, mainly corn, sunflower, rapeseed, soybean and wheat germ oils. A lot of tocopherols are found in green leafy vegetables, sunflower seeds and sprouts. Vitamin E is also present in small concentrations in milk, poultry and fish.

Supplementing this element regularly for at least five months prevents infections of the upper respiratory tract, while taking it within the first 48 hours of noticing the first symptoms of the disease can significantly shorten its course. Viruses most often replicate in people with low zinc levels and disappear when you pick it up.

Zinc is responsible for conditioning the morphological and physiological integrity of the thymus. It is particularly important for this element to shape the humoral and cellular immune response. Its deficiencies may result in atrophy of the thymus gland, which in turn leads to disruption of lymphocyte development. Plasma zinc levels decline in acute response to infection, making it essential for the multiplication of pathogens.

The most important sources of zinc in the diet are rennet cheeses, buckwheat, meat and brown bread. It is assumed that the most effective method of supplementing it is supplementing with doses of 15 mg at least three times a day, which is to give about 45 mg a day. However, it should be remembered that long-term supplementation of this element lowers the concentration of copper, so take a dose (2 - 6 mg) from time to time, taking a break from taking zinc that day.

Selenium deficiency leads to a weakened cellular response, disorders of prostaglandin and immunoglobulin biosynthesis, as well as to a lower activity of macrophages and T lymphocytes. The activity of enzymes composed of selenium may also be weakened. This exacerbates the inflammation in the body. The recommended daily intake of selenium depends on the condition and age of the organism, but its deficiency is common in Poland.

Omega-3 fatty acids are also an extremely important component of the diet. They include alpha-linolenic acid (ALA), docosahexaenoic acid (DHA), eicosapentaenoic acid (EPA). It is especially important to keep in mind that the demand for EPA and DHA will be met. They are found especially in oily sea fish such as tuna, salmon and mackerel. You should eat sea fish at least twice a week to ensure the supply of these fatty acids is at an appropriate level. Essential unsaturated fatty acids take part in anti-inflammatory processes and regulate the expression of genes responsible for the functioning of the immune system. If the demand for them is not covered with the diet, it is necessary to reach for EPA and DHA supplements in a dose of 250 mg per day.

Probiotics are live microorganisms that exert very beneficial effects on the host organism when administered in appropriate amounts. They come from the human body and are resistant to the low pH of the stomach, as well as enzymes and bile acids of the duodenum. They even show the ability to survive and be metabolic in the large intestine. This is important because the gastrointestinal tract contains 70% of the immune cells of the human body.

The microbiota found in the digestive system perfectly modulates and affects the immune system. The influence of microbiota on immunity consists, for example, in modulating the cytokine balance, as well as increasing the non-specific immunity of the organism. You can take care of its condition through proper nutrition, hydration and supplementation with live intestinal bacteria.

For probiotics to work, prebiotics are essential, which feed all the bacteria in the gut. These are inanimate dietary components that are not absorbed in the upper gastrointestinal tract or hydrolyzed. Their fermentation takes place in the large intestine, where they stimulate the growth and activity of bacterial strains. Prebiotics are mainly found in vegetables (onions, chicory, asparagus, artichokes), but you can also suplement prebiotics. The combination of probiotic and prebiotic in a supplement is called a synbiotic. One capsule contains even about 10 billion probiotic bacteria. However, people whose goal is only to improve immunity should initially use a mono-strain preparation - it is best to choose it in consultation with a specialist.

And what supplements do you use to strengthen your immunity?