What is AAKG - action, dosage, effects 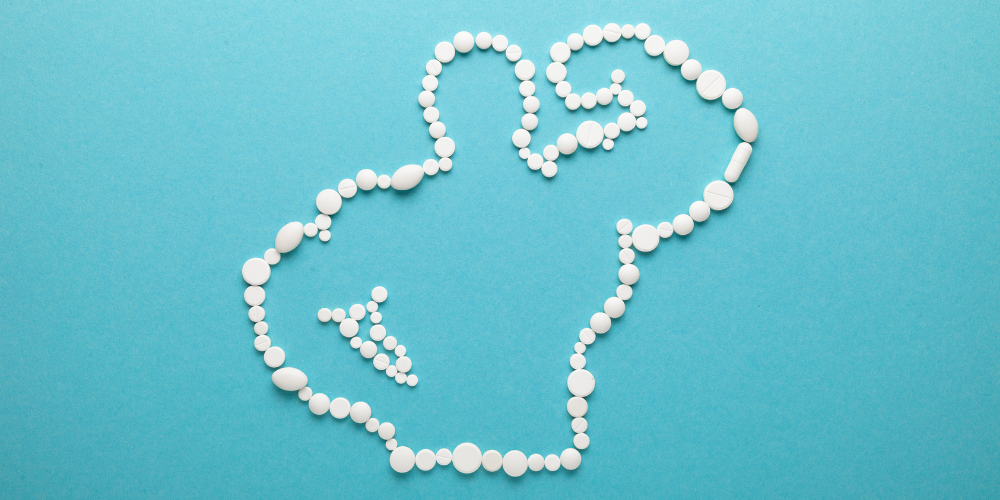 Pre-workout supplements, as their name suggests, are taken primarily before training. Their group includes AAKG, which is one of the most popular products of this type. It is a combination of arginine with alpha-ketoglutaric acid. Who is this supplement intended for, how should it be used, what is its action and which products containing the mentioned combination are particularly recommendable?

AAKG is a specific form of arginine, which occurs as a salt of glutaric acid and arginine itself. The latter is therefore more bioavailable and the body can use it more effectively. The ability of L-arginine alpha-ketoglutarate to increase the secretion of nitric oxide in the body means that this preparation should be taken before exercise. AAKG is a very stable form of arginine, and the combination of the two substances in this supplement makes the muscle pump last longer, while the regenerative conditions are improved.

The primary ingredient in all AAKG supplements is arginine. It belongs to the group of relatively exogenous amino acids, i.e. those whose level of biosynthesis in the human body depends on the amount of its natural precursors consumed. Their group includes proline and glutamic acid. This product is available in the form of capsules, ampoules with active substances or a powder that should be poured over with water.

How does AAKG work?

AAKG supplementation is most effective when it is done about 20-30 minutes before training. This is mainly due to the structure of this substance, which is responsible for the more stable form of arginine. As a result, this compound contributes to a strong increase in the production of nitric oxide - NO. He, in turn, is responsible for expanding the lumen of blood vessels, thanks to which there is an increase in the flow of blood, oxygen and nutrients to the muscles. Thanks to this, regeneration is more efficient and faster, and the growth conditions of the muscle tissue are significantly improved. Increasing the supply of nitric oxide creates very good conditions for the development of larger and stronger muscles.

The advantages of AAKG do not end there, however, as this agent also helps to accelerate the removal of toxins from the body. This has an impact on the improvement of training efficiency, as the symptoms of fatigue in a cleansed organism appear later. Regular use of the described preparation increases energy and strength for exercise.

The use of AAKG is most often found among gym users who want to build muscle mass, bodybuilders and people practicing endurance sports. The effects of fatigue are felt weaker and after a longer period of time, which translates into more efficient training.

The addition of alpha-ketoglutarate makes this form of the supplement more effective than arginine itself. In the human body, it is responsible for obtaining energy from proteins, fats and carbohydrates. Arginine itself is produced by the human body, but at a certain age its synthesis begins to decrease and its supply with supplements becomes recommended.

What are the effects of taking AAKG?

Arginine is one of the antioxidants, which means that it delays the aging process and reduces the risk of civilization diseases. Its regular use may result in cleansing the liver and kidneys of ammonia, of course, you need to remind yourself about the improvement of the quality of training and its effects. The muscles become better nourished and their growth is faster.

The primary effect of AAKG is vasodilation and increased flow of oxygen, blood, and nutrients to the muscles. Among the latter there are, among others creatine, glucose and amino acids. This supplement has a very positive effect on the synthesis of proteins and transcription factors, which translates into an increase in lean body mass with a simultaneous more effective fat burning. It is for this reason that AAKG is so often recommended to people who want to quickly build muscle mass.

AAKG is taken by people who train due to the fact that nitric oxide supports the muscle pump. Its action on the blood vessels means that they are able to leak more blood into the muscles as they have dilated. The muscles under the influence of this process become fuller, harder and their outlines are more visible during exercise. The effect of improving the muscle pump is important because it not only enhances temporary training sensations, but also significantly affects how much nutrients and oxygen can be delivered to the muscles, which translates into their growth.

Physically active people should reach for arginine also due to its anti-catabolic effect. Supplementation with this amino acid strongly inhibits the breakdown of muscle proteins, which means that its use before starting exercise will effectively reduce the process of muscle breakdown. Arginine also stimulates the internal production of creatine, so it is worth combining AAKG with the creatine cycle, which will be significantly strengthened by this supplement.

AAKG works best as a support in strength training, but its use also has a positive effect on the secretion and activity of some anabolic and regenerative hormones. They include GH, i.e. growth hormone, and IGF-1 - insulin-like growth factor. Improving the secretion and activity of these hormones improves the conditions for the growth of muscle mass.

The effect of arginine on blood pressure is also important in the context of increasing sex drive. The improvement of sexual abilities consists, for example, in helping to combat erectile dysfunction. The vasodilating effect affects numerous sexual functions, improving the quality of intercourse. It is also very important to eliminate the effects of free radicals, which may contribute to an increased risk of cancer.

Unfortunately, if arginine is taken in high doses for a long time, it may also be associated with some side effects. One of the negative effects on the body may be, for example, a reduction in the elasticity of blood vessels and the efficiency of the heart muscle. This may be due to the excess production of nitric oxide over an extended period of time. This is a situation that may endanger health and even life, so arginine should be taken in moderation. Studies conducted on athletes have also shown that each time AAKG is taken before training for three months, it may result in a reduction in heart rate and oxygen consumption due to training. However, this does not mean that you should not take AAKG or arginine itself - you just have to do it in moderation and according to the manufacturer's recommendations. It is advisable to take breaks from long-term, regular use.

The AAKG dose, as in the case of many other supplements, should be selected individually for the user and his needs. The differences between the product compositions and the manufacturer's recommendations are also important. Other doses should be used by bodybuilders and recreational trainers up to three times a week. The most important differences, however, depend on the purpose for which AAKG is used. If the priority is to obtain a stronger muscle pump, then this measure should be taken 30 - 40 minutes before exercise, and its portion should not be less than 3 g. Depending on the body weight, the differences between the portions may be large, and one portion may be it can reach up to 8 g.

If, on the other hand, the primary goal is to improve pre-workout regeneration, then 1 - 3 g of AAKG is taken after exercise. You can use this supplement even at bedtime by adding 1-2 g to your last meal. Post-workout AAKG can be used successfully as arginine is converted into polyamides that increase cell multiplication. This also applies to satellite cells, which play a key role in the mechanisms of muscle renewal. Especially people who train martial arts use AAKG as a regenerative supplement, because the effect of the muscle pump is not desired by them during training.

The form in which AAKG is taken may also be important in dosing. Capsules work with a certain delay, while ampoules containing active ingredients in a liquid form start to work much faster and are best absorbed. AAKG powder, on the other hand, is much cheaper than them and is taken about 20 minutes before starting the activity after dissolving the amount of the agent specified by the manufacturer in 200 ml of water.

Which AAKG products are the best?

One of the most recommendable AAKG supplements on the market is Trec Nutrition AAKG MEGA HARDCORE. This product is a complex of AAKG and citrulline malate, which is often added to these supplements. It allows you to reduce the dose of arginine in the composition, which would have to be very high to maintain high production of nitric oxide. Citrulline is an amino acid that is converted into arginine in the walls of the epithelium. The production of nitric oxide is thus even greater and it is prolonged over time, which prolongs the feeling of increased strength and enables longer workouts.

The recommended daily dose of this preparation is 8 capsules, which should be divided into two portions of four. Each of these portions should be washed down with 300 ml of water. On training days, the first dose is taken half an hour before the start of the training, and the second one immediately after its completion. On non-training days, the first dose is recommended half an hour before the first meal, and the second one immediately before bedtime. The recommended dose should not be exceeded, and this supplement should not be used by pregnant or lactating women.

Another AAKG supplement that is famous for its high effectiveness is KFD Premium AAKG. Its composition includes arginine and its precursor, alpha-ketoglutaric acid. The level of absorbability is definitely higher than that of pure arginine, and this product primarily smoothes the blood flow through the vascular system, increasing the absorption of nutrients.

AAKG is most recommended for people struggling with high levels of stress, during convalescence, and for people struggling with injuries. People whose kidneys or small intestine, where arginine is synthesized, have undergone invasive treatment or have been damaged should reach for AAKG. People who want to quickly gain muscle mass, but also those who have been training for a long time and see stagnation and lack of progress, eagerly reach for this measure. It is most effective when you take it on days when you feel a decrease in energy levels and you have less strength for training.

KFD Premium AAKG tastes quite sour and if this is an obstacle for someone, you can increase the amount of water used to prepare the drink. Alanine is highly hygroscopic and may form small lumps, but this does not affect the effectiveness of the supplement in any way. It is recommended to mix half of the measuring cup with 150-200 ml of cold water and not to exceed two doses per day. This product should be reached on the training days immediately before training and before going to bed, drinking it immediately after preparation. The supplement is available in many fruit flavors.