Which adaptogens should you choose? 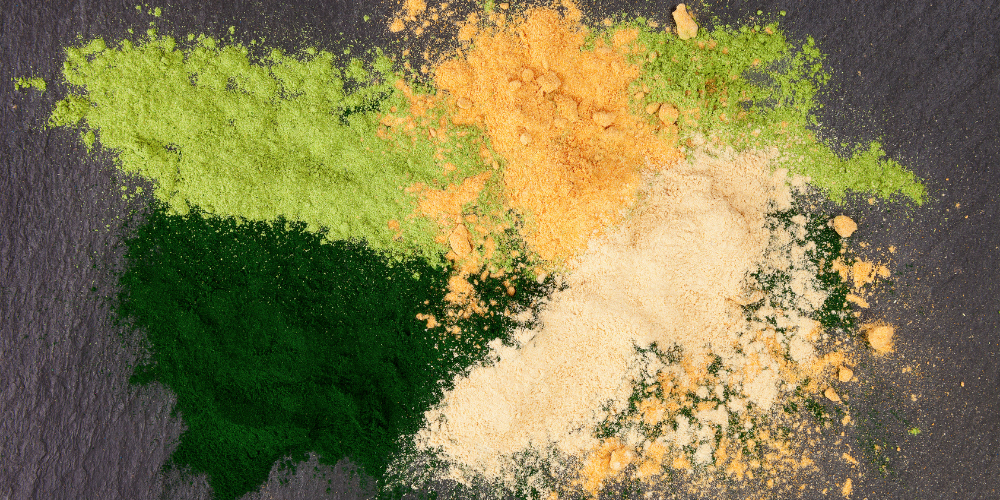 Until recently, plants with unusual properties, rich in compounds, were called tonic, for several decades, however, in the nomenclature of herbal medicine, the term "adaptogen" has been used. This term is used to describe plants that increase the level of energy and vitality, exhibit relaxing properties and improve cognitive functions.

Plants and bioactive compounds belonging to the group of adaptogens are numerous. They exhibit a wide range of activities, properties and applications, and their proper selection may allow you to optimize the functioning of the nervous system. Adaptogens are defined not so much as plants, but the active substances they contain, which are responsible for adaptogenic properties, i.e. maintaining the balance of the body at an appropriate level and increasing resistance to stress.

Thanks to adaptogens, the body is stimulated to function by reducing the feeling of fatigue in a natural way. The benefits of using them are therefore very large, and taking the described substances is safe, as long as the recommendations are followed and there are no contraindications. Plants containing these compounds are especially popular among athletes and people practicing amateur sports.

People exposed to increased physical or mental stress should reach for these products in the first place. Due to the numerous properties they possess, it is worth using adaptogens also prophylactically. They can be used to slow down the aging processes of the body, reduce the activity of free radicals and neutralize pathogenic processes.

The aforementioned contraindications are rare, because plants that contain adaptogens are well tolerated by the body. Hypersensitivity reactions and gastrointestinal irritation, however, can occur with any formulation. The most important contraindications to taking adaptogens are pregnancy and lactation. The use of these active substances by children should be consulted in advance with a pediatrician. In the case of hypertensive disease, adaptogens that raise blood pressure, such as ginseng or eleutherococcus, should not be used. Consultation with a doctor is recommended in the case of simultaneous use of drugs that affect the nervous system and cerebral circulation, as well as anti-anxiety, antidepressants, anesthetics and sedatives.

Adaptogenic plants have many advantages, including protecting the liver by protecting liver cells. Adaptogens naturally and safely reduce the negative impact of stress on the body, helping it maintain its balance and increasing resistance to stress. Stimulating the body to act, which is one of the effects of taking adaptogens, is also the reason for reducing the feeling of fatigue.

These plant compounds have a very positive effect on the work of the brain. They improve memory and concentration, thus strengthening the ability to learn and remember information. This is because adaptogens increase the body's adaptation abilities, making it better adapt to adverse environmental conditions. The use of these plants makes it easier to adapt to increased exposure to adverse stress factors, both emotional and physical.

Some adaptogens are especially recommended for couples trying to conceive because of their aphrodisiac traits, such as improved fertility and increased sex drive. They allow people who are extremely busy and stressed, who live in a constant rush, to maintain a good mental condition. These bioactive compounds are also a much better alternative to stimulants, such as caffeine and nicotine, because they do not cause a temporary energy jump, but instead normalize the body's work. They effectively help fight fatigue, but their action is not addictive.

Adaptogenic plants support not only thought processes, but also the proper metabolism. They also help to regulate blood sugar at the right level. Stress stimuli under the influence of the described active substances are neutralized faster and thus less harmful. Thanks to them, the natural balance is also restored, i.e. homeostasis. Thus, for example, enzymatic reactions, hormonal balance, cellular respiration and neurotransmission are optimized. By regulating the body's functions and restoring its normal, physiological mechanisms, the natural resistance to organic diseases, fatigue and depressive disorders is increased.

Among the numerous adaptogenic plants, one of the most popular is the membranaceous astragalus, the healing effect of which is mainly related to anti-inflammatory and antioxidant activity. It regulates the functioning of the immune system, has anti-diabetic and anti-inflammatory properties. Tragacanth indirectly has a protective effect on nerve cells, liver, blood and urinary systems. This plant is used primarily as a strengthening and toning preparation in the fight against impaired immunity due to its properties that stimulate the immune system. For the same reason, it is most often used in the fall and winter season. It is most recommended to people suffering from problems with the respiratory system, digestive tract or cardiovascular diseases.

Ashwagandha is very popular because of its very strong adaptogenic and immune system stimulating properties. This plant, also known as lethargy, is classified as a raw material that has an anti-stress and toning effect on the body. This is due to the fact that it reduces the concentration of cortisol in people exposed to stressors. Ashwagandha has a very positive effect on the quality of sleep and accelerates the process of falling asleep. It supports the work of the endocrine glands that secrete hormones, as well as the entire endocrine system. Welcoming lethargy also has calming, antispasmodic and anti-inflammatory properties. Supplementation with its extract is most recommended in the case of people suffering from thyroid diseases, women in the menopausal period and with hormonal problems, and in everyone suffering from depression, anxiety disorders and insomnia. Ashwagandha can prevent osteoporosis, metabolic diseases and dementia, and athletes are especially eager to reach for it, because they are most exposed to changes in the secretion of various hormones due to increased daily physical activity.

Ginseng is most often used in the production of supplements aimed at supplementing the deficiencies of minerals and multivitamins. It delays the aging process and eliminates the feeling of fatigue, and also improves concentration and memory. For this reason, it is often supplemented by elderly and middle-aged people. This plant normalizes the level of sugar and lowers cholesterol, however, it is not recommended for people suffering from hypertension. Ginseng has a multidirectional pharmacological effect, and the active substances contained in it have antioxidant activity and stimulate the immune system, they also have a very positive effect on the improvement of mental and physical condition. The effect on improving brain functions such as association and learning is especially noticeable. This adaptogen increases vitality, increases libido, improves mood and increases the body's resistance to stress.

Rhodiola rosea rhizome, also known as Rhodiola rosea, has long been used in migraine headaches, mental and physical fatigue. Preparations made of it are most recommended during periods of intense mental work, as well as when exposed to stress. This plant significantly improves reflexes, memory, concentration and the body's resistance to stress. Rhodiola rosea stimulates anabolic processes, thus increasing physical performance, thanks to which this adaptogen is readily used by athletes. The beneficial results are also noticeable in the case of people suffering from stomach and liver diseases, diabetics and undergoing anti-cancer therapies. This plant also helps to fall asleep and greatly improves the quality of sleep, in addition accelerating the regeneration of the body.

Another adaptogen is the Asiatic Pennywort, which has a calming and antidepressant effect, helping to fight anxiety. It also improves the appearance and elasticity of the skin, accelerating the regeneration and healing processes and strengthening the blood vessels. Gotu kola - as this plant is called - thus helps to maintain a young and beautiful appearance. It is used to treat skin conditions such as psoriasis, eczema, ulcers and wounds that heal hard. It improves the functioning of the nervous system cells, thus having a positive effect on memory, thought processes and alleviating depression. Asiatic pennywort can be used in diseases of the gastrointestinal tract, cardiovascular system dysfunctions, peripheral circulatory disorders and hypertension.

Chinese citrus is a very valuable source of antioxidants and therefore it is used in antiatherosclerotic and anti-aging preparations. It helps in fighting mental and physical exhaustion, anemia and depression. Taking it can prevent neurodegenerative diseases as it improves cognition and concentration. Chinese schisandra supports the proper vision and functioning of the liver. It is highly recommended for women because it supports their endocrine system, especially reducing the troublesome symptoms of menopause.

There are many adaptogens available on the market in many forms: tablets, capsules, herbs, infusions, tinctures. In addition to the basic tonic effect, they show an effect on the body in various additional ways. When choosing the right agent, you can be guided by health problems and choose a preparation to help with a given health ailment. But how to choose the right measure? Here are the most recommendable among them!

Bacopa monnieri is the purest standardized plant extract. It improves the work of the brain, thanks to which it improves concentration and memory. It is especially recommended for people suffering from Alzheimer's and Parkinson's diseases, as well as for children diagnosed with ADHD or other neurodegenerative diseases. The active substances found in Bacopa monnieri have protective properties on the cells of the digestive tract and the heart, they are also characterized by anti-inflammatory, antipyretic and antioxidant properties. This adaptogen removes harmful substances accumulating in the blood, thanks to which it has a strong detoxifying effect. Small-leaved bacopa, as the described plant is also called, has a nootropic effect and has long been used in Ayurvedic medicine. The active compounds of bacopa, especially bacosides, regulate the metabolism of serotonin, dopamine and acetylcholine - all these neurotransmitters are necessary to maintain motivation, focus and proper memory. Bacosides strengthen the brain and nervous system, helping to maintain a good mood and paying less attention to irrelevant information.

Another particularly recommendable supplement is Rhodiola rosea. It is used primarily to increase energy levels. The salidrosides contained in this adaptogen fight fatigue and improve the functioning of the nervous system, alleviating the body's stress reactions. This measure can be used to improve exercise capacity and cognitive functions. Mountain rosary has a positive effect on energy production, and the standardized extract of the unprocessed root of this plant is its strongest version. Thanks to this supplement, the mood and endurance during physical exertion are improved.

As for the relaxing effect, it is worth stocking up on ashwagandha. It is conducive to adaptation to the conditions of mental distress, and its active substances, especially withanolides, can reduce the activity of the adrenal glands, hypothalamus and pituitary gland, which are directly responsible for the body's stress reactions. This herb can also promote inhibitory nerve transmission, involved in effective relaxation.

Ashwagandha made of the purest extracts, it can be used as a rejuvenating agent due to its numerous health benefits. This extract is made only from its roots and therefore has the highest content of withanolides. The extraction process leaves the natural components of the plant intact, thanks to which the product has antioxidant properties, supports the work of the reproductive, nervous and immune systems, and increases the body's resistance to stress.