LAB ONE N°1 Libido HER 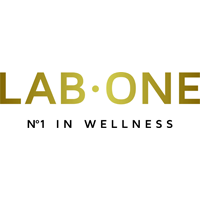 On special offer
Easy return of products within 14 days from the date of purchase without giving reasons
Free delivery from 60,00 €
Find out in which store you can check the product and buy it right away

N°1 Libido HER is a carefully developed composition of natural plant extracts, vitamins and minerals, supporting good health and sexual activity in women. The preparation increases libido, supports the function of sexual organs, and also improves blood supply to them and enhances vitality.

The effects of the active ingredients contained in N°1 Libido HER:

improves blood flow in the body, increases physical ability, is involved in the production of nitrogen oxide (NO) having a positive impact on the functioning of an entire blood system.

supports sexual functions in women and men, helps maintain balance and a sense of comfort during the menstrual cycle in women, supports the immune system.

helps reduce blood pressure, improving its flow and dilating blood vessels, promotes a reduction in a feeling of tiredness and fatigue, aids the proper functioning of the nervous system.

- L-arginine is an endogenous amino acid used in many physiological processes of human metabolism. It is treated as a conditionally essential amino acid, which means the necessity of providing appropriate levels of it in the body. As a consequence of the natural ageing process, the internal production of arginine falls over time. It has to do with a decline in libido and in other of the advantages of nitrogen oxide (NO). For this reason, it is necessary to take arginine in supplements or nutrients. Its main function is to produce nitrogen oxide (NO) having a beneficial impact on the vascular media. By decreasing the vascular tone, it significantly improves blood flow in the body, and the degree of oxidation of tissues in consequence. A lot of research shows that l-arginine can have an aphrodisiac effect as, as a consequence of better blood supply to sexual organs, an increased sensitivity to tactile stimuli in their region has been recorded. It facilitates and causes an erection too. Furthermore, l-arginine has strong anti-oxidative properties by stimulating the enzyme SOD (superoxide dismutase) which, in turn, will additionally translate (apart from the aforementioned improved blood supply) into better-quality semen in men. We can say that arginine is a natural equivalent of ‘blue pills’ for men and women as it works schematically on a similar principle – it blocks the enzyme PDE5 responsible for decay of nitrogen oxide.

- Maca (Lepidium meyenii) is a Peruvian plant of enormous therapeutic potential. It is regarded both as an aphrodisiac, and as an adaptogen. It is even numbered among ‘superfoods’. It owes it to a variety of vitamins, minerals, amino acids and other bioactive compounds, such as saponins, phytosterols, catechins, alkaloids, hidden in its root. It has always been in use in traditional herbal medicine, and is a standard component of an everyday diet in some regions. One of the basic uses of maca root extracts is to treat sexual frigidity and hypoactive sexual desire. Importantly, the plant works equally well with men and women. It has a beneficial impact on the level of libido and increases sexual ability. Furthermore, it shows the ability to improve blood supply to sexual organs, thereby stimulating sensations, promoting satisfaction during intercourse and facilitating orgasm.

- Shilajit (Mumio) is a natural composition created by nature consisting of ancient plants forming dripstones in Himalayan caves. As a consequence of hundreds of years of humification (decomposition and re-synthesis) processes, a unique phytocomplex was developed, used for ages as a drug and a standard component of diet of the people living in Nepal and northern India. Laboratory analyses have shown that practically all the most important minerals (e.g. magnesium, iron, copper, chromium, manganese, cobalt, zinc, and many other, altogether over 85 micronutrients) can be found in the composition of Shilajit in an ionic form best assimilated by the human body. On top of that, there are vitamins (vitamin A, vitamin B complex, and vitamin C complex), polyphenols, phospholipides, amino acids and plant sterols. The highest therapeutic value has fulvic and humic acids, which are contained in Mumio. Shilajit has a positive impact on many systems in the human body. It remedies micronutrient and macroelement deficiencies, increases cells’ bioactivity, strengthens the body’s natural defence mechanisms, gives energy and vitality. One of the most important features is the harmonisation of the endocrine system, particularly in women, which promotes the stabilisation of secretion of hormones. Furthermore, it has been proved that Shilajit actively participates in the regulation of a menstrual cycle, and also eliminates premenstrual syndrome symptoms.

- Tyrosine is an amino acid which under physiological conditions is synthesised from phenylalanine. L-tyrosine is the key precursor in the synthesis of melanin, tyrosine and neurotransmitters called catecholamines, such as dopamine and norepinephrine. Tyrosine is a precursor for dopamine and norepinephrine in connection with which it stimulates the central nervous system and promotes an improvement in psychophysical ability, stabilises emotional processes and improves the mood. Feeling sexual desire is conditioned in large part by the activity of dopamine. Its decrease occurs in depressive disorders, chronic stress, malnutrition and in many other situations. In order to support the production of dopamine, it is worth supplementing the substrate for its production – tyrosine. Additionally, a low libido can be a consequence of thyroid insufficiency, and tyrosine is a building block also for thyroid hormones.

- Niacin (vitamin B3) together with tyrosine actively participate in the formation of hormones, be it, for instance, thyroid hormones. Furthermore, Niacin helps reduce blood pressure, improving its flow and dilating blood vessels.

- Tongkat Ali (Eurycoma longifolia) is a root often called ‘Malaysian ginseng’ for its energy effect; it facilitates natural optimisation of testosterone levels in the body. Eurycoma longifolia has been a herb traditionally used in treatment of sexual dysfunctions in men and women for thousands of years now. It comes from southern Asia. Tongkat Ali is becoming increasingly popular as an aphrodisiac. As mentioned before, it seems to have the ability to increases sexual desire in men and women, owing to the property related to the ability to increase the secretion of testosterone in the body, and to a cortisol reduction.

- Zinc plays an important role in maintaining good health and sexual ability It is used for too low motility and activity of sperm cells and in the regulation of menstruation in women.

- Vitamin B6 participates in the production of the most important neurohormones – e.g. serotonin and adrenaline. For this reason, it is of great significance for physical condition of the human body, proper brain function and for the emotional sphere.