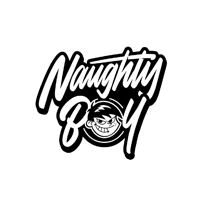 Easy return of products within 14 days from the date of purchase without giving reasons
Free delivery from 60,00 €
Find out in which store you can check the product and buy it right away

THE DRIP™ (40 Servings) is a comprehensive fat burner loaded with a fully transparent panel of ingredients, including six patented ingredients. THE DRIP™ was formulated to give you long lasting energy, supreme focus and the feeling of euphoria. THE DRIP™ contains ingredients which will help your body counteract physical and mental stress therefore supporting cortisol levels. Lastly a clinically dosed thermogenic fat loss formula that will lit you the F$$K UP and leave you surpassing all your goals.

We are confident The Drip™ has taken the fat burning category to a whole new level. The Drip™ was formulated to be very versatile, listed below are a few ways it can be incorporated into your daily routine.

Carnitine plays a crucial role in the oxidation of fat cells which results in the body being able to utilise fat for energy more readily. Acetyl L-Carnitine has the distinct ability to cross the blood brain barrier, this form of carnitine can help improve memory, reduce stress and fight off neuro degeneration throughout the brain and nervous system.

PRO GBB™ is the molecule your body converts into L-Carnitine when naturally providing its own carnitine. Studies show the supplementation of PRO GBB™ can increase the body’s plasma L-Carnitine levels by nearly double.

Capsimax™ sole active ingredient is capsicum which is a hot chilli pepper native to south America. Capsicum can speed up the metabolism, which can cause your body to go into a state of thermogenesis, this is a rapid fat burning state where you begin to lose weight fast. Capsicum can also speed up fat oxidation and lipid burning which the body needs to induce weight loss.

Now enter EnXtra™, EnXtra™ provides a mental boost clinically proven to improve alertness and focus upto 5 hours. Caffeine showed an increase in alertness up to 1 hour followed by a reduction probably due to a caffeine crash at 3 hours. So, it can be suggested that EnXtra™ is able to impede the caffeine crash as evident from 3-hour + 5-hour alertness scores. EnXtra™ has been shown to amplify caffeine’s nootropic benefits and support brain and cognitive function. EnXtra™ is NON-GMO, GLUTEN FREE, VEGAN, KOSHER CERTIFIED & HALAL compliant.

Rhodiola Rosea root contains more than 140 active ingredients, the two most potent being rosavin and salidoside. Rhodiola has long been known as an adaptogen - a natural substance that increases your body resistance to stress in a non-specific way. Rhodiola has many benefits which include improvement of cognition, enhances memory capacity, boosts athletic performance, boosts sustained energy levels and reduces perceived physical and mental fatigue. Rhodiola may also fight cancers, help with weight loss and even protect your heart. Kanna (sceletium tortosium is a South African succulent plant that contains some very interacting nootropic and physchatic alkaloids. Kanna has been used to elevate mood with some reports of a euphoric feeling. Kanna offers so many benefits including reduction of appetite, lowering of depression and inflammation, improvement in mood and sleep, anti-stress and anxiety and reports also suggest that Kanna may alleviate the early symptoms of Alzheimer’s.

L tyrosine has been shown to improve focus, alertness, attention and regulate mood. L Tyrosine helps to produce noradrenaline and dopamine, its believed that when under stress your mental clarity, focus and perception of fatigue might improve when supplementing L tyrosine

The last two ingredients in this beast of a formula are Niacin and Chromium Picolinate. Chromium P is a naturally occurring chemical element metal, and essential trace element. In your body chromium is involved in sugar metabolism and fat metabolism. It also helps the blood sugar regulating hormone insulin do its job. Studies have shown that supplementing chromium P can improve mood, reduce cravings and lower cholesterol. Niacin is one of 8 B vitamins and it’s also called B3, as with all B vitamins niacin helps convert food into energy by aiding enzymes. It plays a role in cell signalling and making and repairing DNA, in addition acting as an antioxidant.

RECOMMENDED USE AND DOSAGE